LGB Alliance Australia unequivocally supports trans and gender diverse peoples’ right to hold trans-only events at the exclusion of all other people. However, we would like it documented that it has been deemed discriminatory in Australia for LGB people to hold same-sex only events i.e. events exclusively for lesbians or gay men. We find this unfair and hypocritical.

This has been highlighted by the recent case in Tasmania where a lesbian had an application to hold a lesbian-only public event rejected by the anti-discrimination commissioner. The outcome of this decision is homophobic and discrimination against lesbian women and same-sex attracted people.

Also in 2021, the historical McIver Women's Baths came under controversy as a (then) single-sex space for female swimmers. Single-sex spaces are invaluable in increasing female safety and comfort in vulnerable spaces, and most Australians think they are (and should be) protected by law. Single-sex spaces are particularly important for providing young girls, lesbians, religious women, and women who have survived abuse or assault by males a space separate from the opposite sex to gather and heal.

LGB Alliance Australia is asking all State and Territory legislation to be strengthened to ensure sex-based rights are enforced, and to make it legal to publicly gather in single-sex spaces or events. This is particularly important for lesbians and gay men, who, as sexual minorities, require these spaces to ensure they are able to meet free from discrimination or unwanted advances by the opposite sex.

We only ask that we are provide the same right to gather that is afforded to trans people. Contact: [email protected] 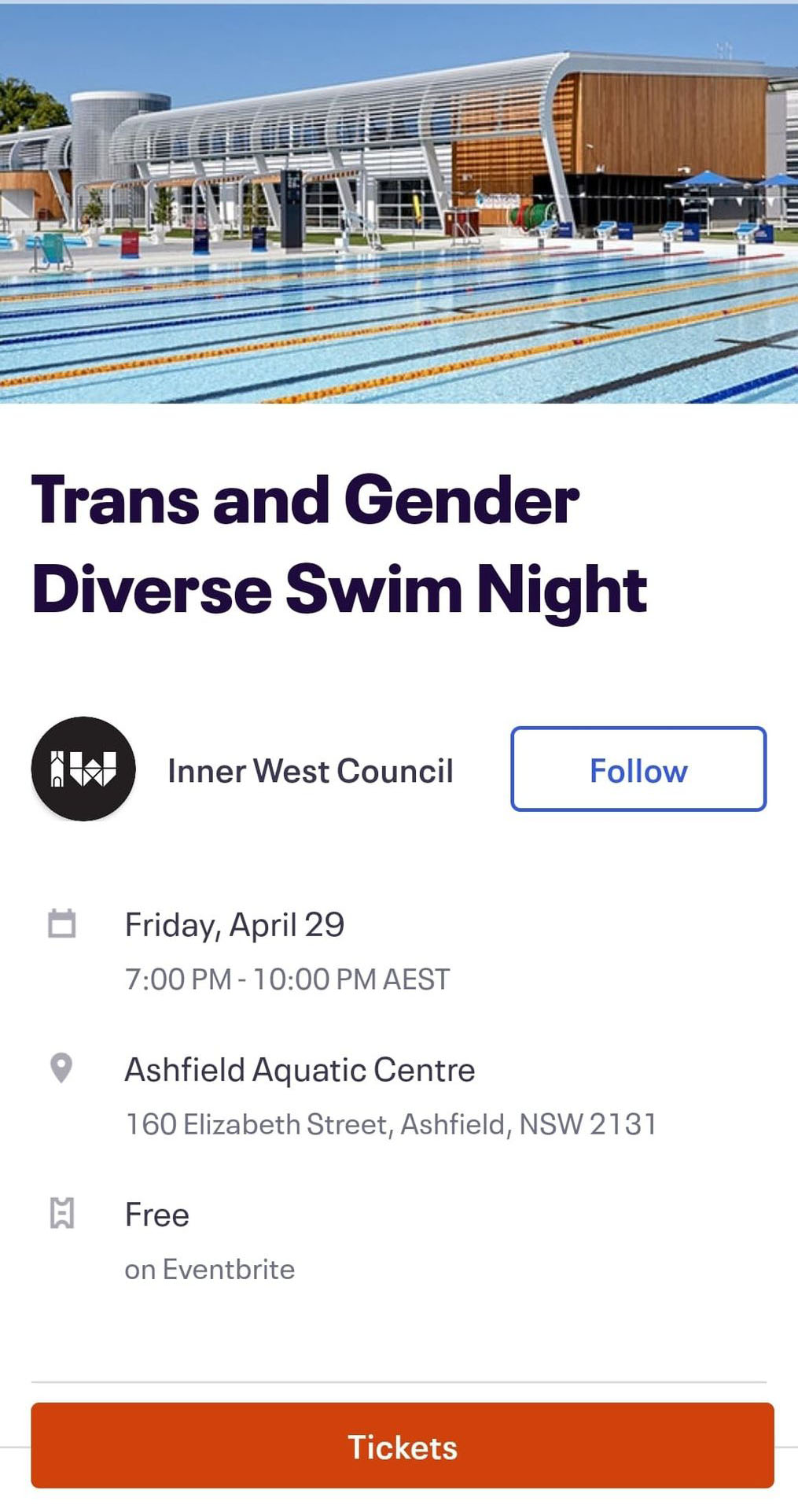